Felix Humphrey is GBGMC volunteer. Felix, writes for GBGMC in celebration of IDAHOT (International Day Against Homophobia, Transphobia and Biphobia)

As a volunteer for Global Black Gay Men Connect (GBGMC), I  am proud to be part of an organization that will challenge philanthropists, donors, and government who give to LGBTQI rights globally, by challenging the ways in which they work to change the world. These funders want to make the world a better place. Many donors want to not only fund emergency response programs for LGBTQI activists but also end discrimination. Governments not only want to fund HIV services for marginalized and criminalized communities but to end HIV transmission. However, what is missing from philanthropy’s meaningful and informed discussions about achieving results is how much successfully changing the world and addressing issues facing LGBTQI people also depends on bringing an intentional, explicit, and sustained focus to addressing racial disparities across the problems we are trying to solve. Race is one of the most reliable predictors of life outcomes across multiple areas, including life expectancy, academic achievement, income, wealth, physical and mental health, and maternal mortality.

We live in a racialized system that has racialized outcomes. In this system, white led organizations are prioritized and therefore achieve greater levels of success than organizations and networks led by black and brown peoples. Once these racialized systems are established, they are passively maintained through a collective blindness of the need to change the system. These systems channel significantly more resources to white people and organizations without anyone having to engage in interpersonal racial bigotry. Many people who allow racialized systems to continue uninterrogated, unaddressed, and uncorrected are engaging in structural racism but not engaging in racial bigotry. They are perfectly happy and comfortable with the successes of individuals of color, all the while perpetuating the creation of systemic barriers for communities of color.

The largest predominantly white nonprofit LGBTQI organizations in the world have annual operating budgets between $50-$60 million. No LGBTQI people of color organization come close to that budget despite funders emphasis on community-led and community driven responses to addressing issues. This is part of the reason why communities of color remain the most affected and most at risk communities. This is also why many black and brown global LGBTQI organizations are forced to become service providers in order to maintain funding and continue to exist.

The time is now to fund black and brown LGBTQI organizations! It is time to end the current racial funding approach and be intentional and systematic in identifying and supporting black and brown led LGBTQI organizations.  Our core issues are at a make-or-break moment and we are the ones that will bring the needed solutions to scale that meet our greatest challenges and we have the vision to bring world leaders and all of us together to get it done.

As a collective, Global Black Gay Men Connect (GBGMC) fosters an activist-led movement with the goal of building local power to intervene in discrimination and violence inflicted on black gay communities and men wherever they live. We strive to facilitate intentional involvement by engaging black gay men across the world and developing their financial capabilities to rapidly intervene on human rights issues surrounding mental and physical health, police brutality, immigration, and general well-being. 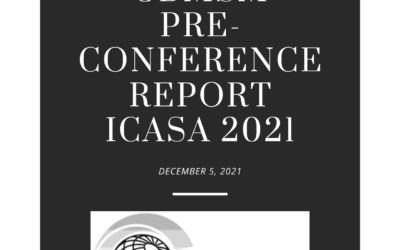 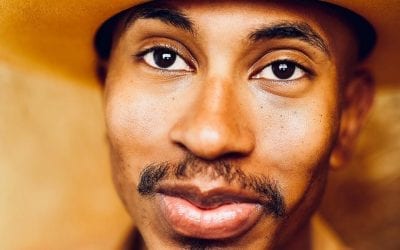 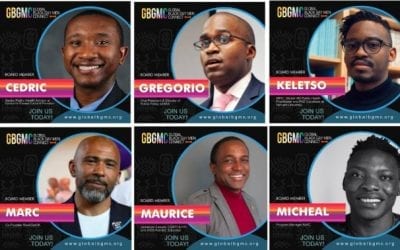 We are pleased to announce our founding Board of Directors. The members represent the geographical diversity of our board from Africa to Europe, America, and the Caribbean. In the last 24 months, we have been working internally to put structures in place for the...